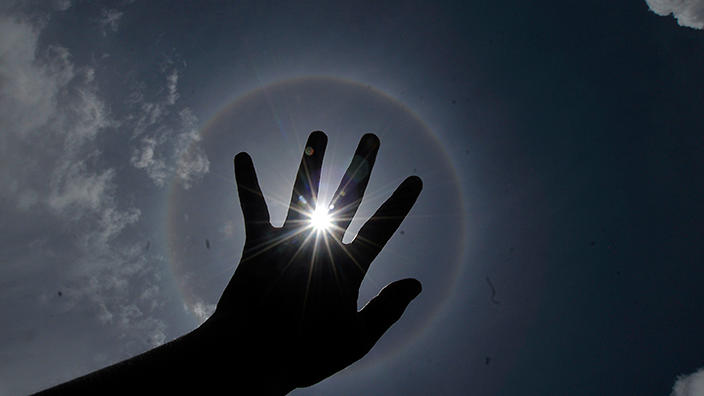 A big thank you to Helen Callanan to bringing this article to my attention. It can be found at http://www.sbs.com.au/topics/life/health/article/2016/02/05/learning-die-death-doulas-tell-their-stories

Death doulas help dying people and their loved ones clear the air, face their fears and feel supported in an environment that is often overwhelmingly medicalised. (AAP)

The first moments of life are usually met with excitement and celebration. But what happens at the other end? SBS talks to two death midwives about the transition from life to death.

Who would you like to be with you when you die? It’s a conversation that is slowly becoming more common as people learn about death doulas (also known as end-of-life doulas, death midwives or end-of-life consultants). Death doulas are companions who help dying people and their loved ones clear the air, face their fears and feel supported in an environment that is often confronting and overwhelmingly medicalised.

There is no governing body for doulas in Australia. And since federal or state accreditation does not yet exist, there are no statistics on how many death doulas are working in Australia. Anecdotally, however, it is a vocation gaining more awareness. Helen Callanan, an end-of-life doula educator, says she is seeing more enquiries from people wishing to undertake this kind of training. This is echoed by Janie Rakow, Vice President of the (United States based) International End of Life Doula Association (INELDA). “Many people are writing to us [saying] that they are called to do this work,” she says.

In ancient times, doulas were the wise women or the herbalist of the village.

End-of-life doula training in Australia starts with a one-day foundation course with the option to then undertake three-day intensive education.

Despite the spike in interest, doulas, in fact, have been around for centuries, both for the birthing and the dying. In ancient times, doulas were the wise women or the herbalist of the village. Rakow says most people who undertake end-of-life training have English as their first language.

Since the advent of hospitals and with the advances of medical care, society has moved away from speaking about death and it being part of our everyday life. But there are some who believe the way we leave the world is just as important as how we enter it.

I’m very comfortable with calling myself a death midwife or death doula, but I know a lot of people find those terms too confronting, so I call myself a spiritual counsellor.

The one question that drives all my work is: “What will give you peace?” If we can allow the person to have a good dying experience (as defined by them), it can reduce or eliminate regret. I might work with the dying person or their family, but it’s very different depending on what people need. It’s definitely not one size fits all.

I worked with one lady with motor neuron disease who was about to lose her ability to speak, so we did some voice recordings of messages to her loved ones.

“How do you talk to the dying? Well, they are still alive!”

There are cultures that are better at doing this work; think of Indigenous cultures – there is a reverence for this experience. But for us [in Western society] death is an imposition. We’ve become very good at isolating our dying and insulating ourselves from that experience, and that’s to the detriment of everybody.

Our dying just want people to be present with them. Because we are not comfortable with death we don’t want to be with them, but they are still human beings of worth and value. So many people say to me, “How do you talk to the dying?” Well, they are still alive!

We need to honour our dying, because that’s going to be our experience, too, one day.

I worked with a gentleman in his 60s who was determined he was going to be a miracle – he was going to heal himself and go home from the hospice. I was asked to come in as a doula four days before he died. I found his wife and daughter could not grieve openly or talk with him about concerns and plans for the future without him as he was only focused on the miracle.

Through our conversations we explored his spiritual beliefs and his determination to heal himself. We talked about the possibility that death was not a failure or a bad thing, that even when his body died, who he really was would never be gone. I also talked with his daughter and wife and listened to them express their pain, confusion, worry and sadness.

“I’ve found the more I embrace death and face it, the more precious life is.”

Once he grasped that his body could die but he would forever be here it allowed him to really be present with what was happening. There was a lightness, growing acceptance, humour, love and sharing.

When I work with anyone, the first and most important thing is to ask questions and do lots of listening. It’s a part of my job to identify what is personally, culturally and spiritually relevant for dying people and their families. I’ve stayed overnight with patients in hospitals, helped to resolve estranged family relationships, made funeral arrangements and helped people to get their legal issues in order.

There is such richness and privilege in this work. I’m now focusing on training others to become end-of-life doulas and I’ve found the more I embrace death and face it, the more precious life is.